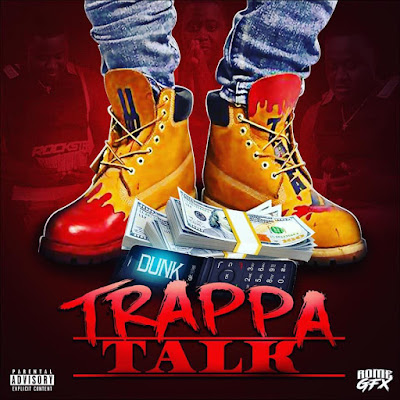 Coming from very humble beginnings, Dunk has transitioned into one of the premier artists in his region. Determined to make his way out of troubled situations, he put his mind to his grind and began releasing tracks. Wanting to make his way out of the streets, Dunk released his debut full length mixtape, Trappa Talk hosted by Midwest Connectz own Dj Juice Ortiz. Dunk delivers the details of his life in audio form. With tracks like "11hunnit Facts", "Sleepless Nights", and his hit single "Trappa Talk" he describes very vividly his experiences and what he’s willing to do to take his career and his life to the next level. This project is sure to be one that will stand the test of time, due to its authenticity and naturally organic feel. Check out the tape below!

Posted by Homer Hip Hop at 1:46 PM No comments:

Blakk Rose is ready to "Race 2 the Heavens". 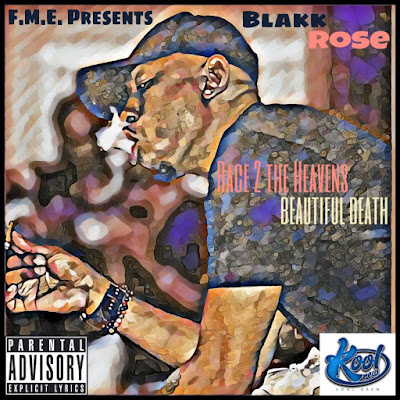 Kool Krew representative, Blakk Rose is ready to take the ultimate journey. The Illinois emcee is ready to Race 2 the Heavens and experience Beautiful Death. After a masterful performance at the Midwest Connectz "Summer Starter Pack" event Blakk brought his latest project to life. Checking in at 10 tracks with singles like "Motivation" and "Tropicana" bolstering the project, Blakk leaves it all on the table on his latest release. Check out the Future Music Entertainment here.

Dark Cappa links with Gangsta Boo to warn everyone, "Don't Get Whooped". 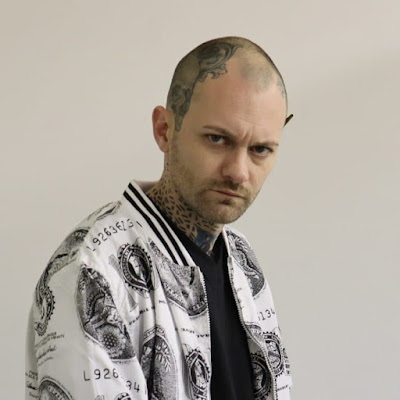 Dark Cappa proves himself to be the Memphis connect when he links up with the legendary Gangsta Boo on his new release. The Illinois native let's his presence be known on the hard-hitting "Don't Get Whooped". Gangsta Boo lends her signature "Yeah Hoe" to the hook alongside a vicious verse on this club banger. Check out the new single here and find it for purchase on all of your favorite digital retailers!

Posted by Homer Hip Hop at 7:53 PM No comments: 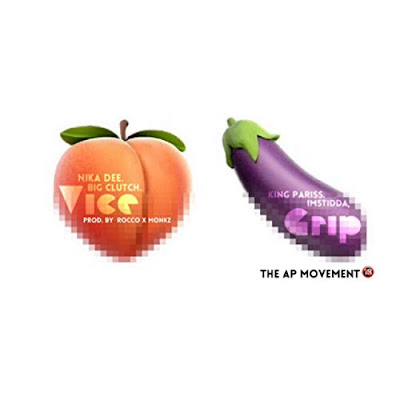 Canada is a hotbed for Hip Hop right now and King Pariss is no exception. Linking with Nika Dee, Big Clutch and ImStidda for the raunchy single "Vice Grip". Taking the term "tight lipped" literally, the north of the border crew deliver a smooth, sexually driven single. I doubt I'll ever look at tools the same way again.

Posted by Homer Hip Hop at 7:52 AM No comments:

MUSIC - @XtortionThaDon get's the world ready with a little "Pregasm". 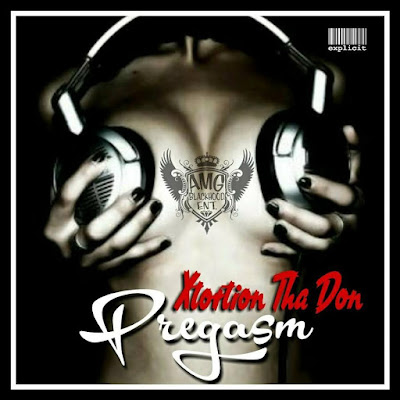 Xtortion The Don is known as one of the most exciting lyricists to step in the booth. The Indiana native's rapid fire, punchline heavy style has always translated well no matter the backdrop. Crafting classic material has always been the intent, and the "Pregasm" mixtape is a prime of example of that dedication.

The "Pregasm" serves as the appetizer to the main course that is the "Eargasm" which is slated for a 2019 release date. Taking on some of Hip Hop's biggest singles including "Bad and Bougee" (Differences), "Gin and Juice" ( I Getz Busy) and "Controlla" featuring his AMG/Blackhood label mate Dre Madison allow X to flex his creativity over some of music's most unique productions. With a style rich in both substance and wordplay X deftly crafts rhymes that will easily stand the test of time. The project is almost a year old and holds it's own against any new releases.

If wetting the appetite was the plan, Xtortion delivered on all fronts. Clocking in at ten tracks allows for a full listen while still leaving room to digest the next release. Whether taking it light and speaking to the ladies like "Playing Games" with Dre Madison or putting rappers in their place like "BARS", Xtotion let's it be known that not only is he here for the long haul but everyone should be eagerly awaiting their chance for an "Eargasm".

Posted by Homer Hip Hop at 1:17 PM No comments: 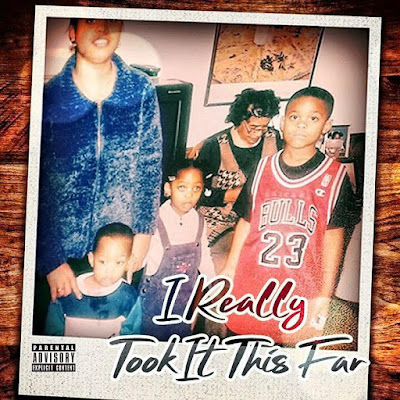 Illinois native and Tennessee resident, Ren of the Co-Pilots provides some perspective on his new project. Titling the release I Really Did Take It This Far is fitting based on it's overall tone and feel. Keeping it concise with 9 tracks including standouts "Kings and Queens" and "Or What" with The Co-Pilots compadre Money Green. Exemplifying both lyrical and Black excellence, Ren has no plans of ever falling off. 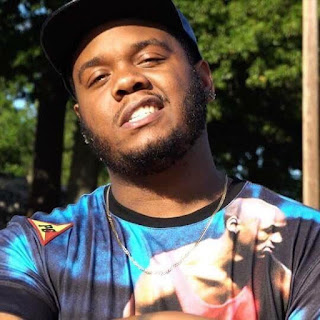 Keep your eyes open as the project will make it's way to all of your favorite digital retailers in the coming weeks.

Posted by Homer Hip Hop at 1:31 PM No comments:

Email ThisBlogThis!Share to TwitterShare to FacebookShare to Pinterest
Labels: 217 hiphop, hip hop, I Really Did Take It This Far, Illinois music, Kings and Queens, new music, Or What, rap, Ren, The Co-Pilots 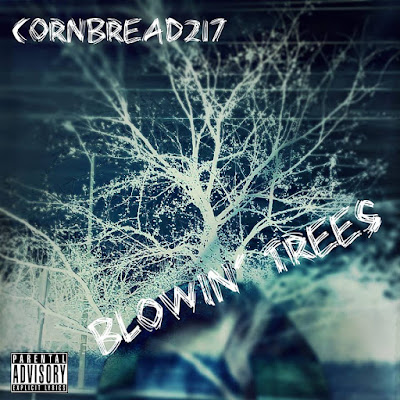 Cornbread217's resume speaks for itself. Boasting shows across the country and even his own weekly series of songs entitled "52 in 52", where he dropped a new single every week for a year straight. The Illinois native is at it again with brand new material in the form of his latest single, "Blowin Trees". Taking one of his favorite pastimes and explaining it, like only he can. The artist formerly known as Tha Coon turns the act of smoking weed into one of the world's most lyrical experiences.

You can check out the brand new single here, but don't forget to grab it from any one of your favorite digital retailers.

ALBUM - @DeezyDaPaperboy is "The Midwest Miracle". 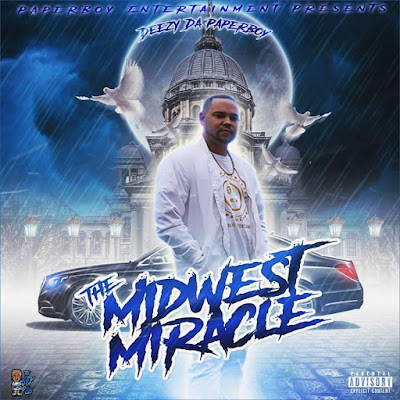 Creating timeless music, putting on amazing live shows, and providing a platform for other artists to shine are only part of what makes Deezy Da Paperboy  "The Midwest Miracle." Making the transition from full time recording artist to executive is a move not everyone is equipped for. Deezy not only made the move, but has excelled in his new position. Da Paperboy has become a known commodity in the world of Midwest Hip Hop with his brand of high energy, potent rhymes and his affinity for banging beats. His latest release The Midwest Miracle serves as a reminder that even in his new position as a label head, music is the number 1 priority. Keeping it short and sweet with only 5 tracks, the energy remains high with singles like "Trap" and "Blessed Up". "Quick Notes" serves as a road map through the thought process of the talented emcee and "Light The Sky" featuring Alexa Redd showcases both his songwriting ability and the talent that brought Alexa into the Paperboy Entertainment fold. With plans to tour in the first quarter of 2019 and new singles and releases planned for the rest of 2019 it's only a matter of time before one the Midwest's best delivers yet another miracle.

The Midwest Miracle is now available on all major digital retailers.

Posted by Homer Hip Hop at 4:31 AM No comments: 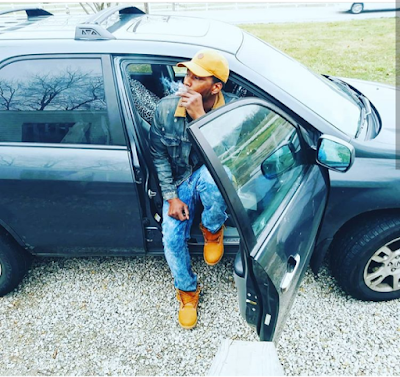 City has been quietly building his catalog and building his profile as a respected recording artist. Using 2018 to continue his Lost In The Muzic  mixtape series he has no plans of letting up in 2019. Not mincing a single word, City puts everyone on notice with his latest single and Visual Paradise directed video "Tell Em Right". With the release of Lost In The Muzic 3 fast approaching the Illinois based emcee is setting the tone for what the fans can expect to hear when they get lost in the music.

Posted by Homer Hip Hop at 4:35 AM No comments: